The lifespan of a car battery is normally between 4-5 years. However, a lot depends on how often you drive the car.

Having said that, there can be several factors for a car battery to drain prematurely. And old batteries are not the only batteries that can drain when they should not. Any number of mechanical or electrical faults could also cause a brand-new or relatively new battery to drain before it should. 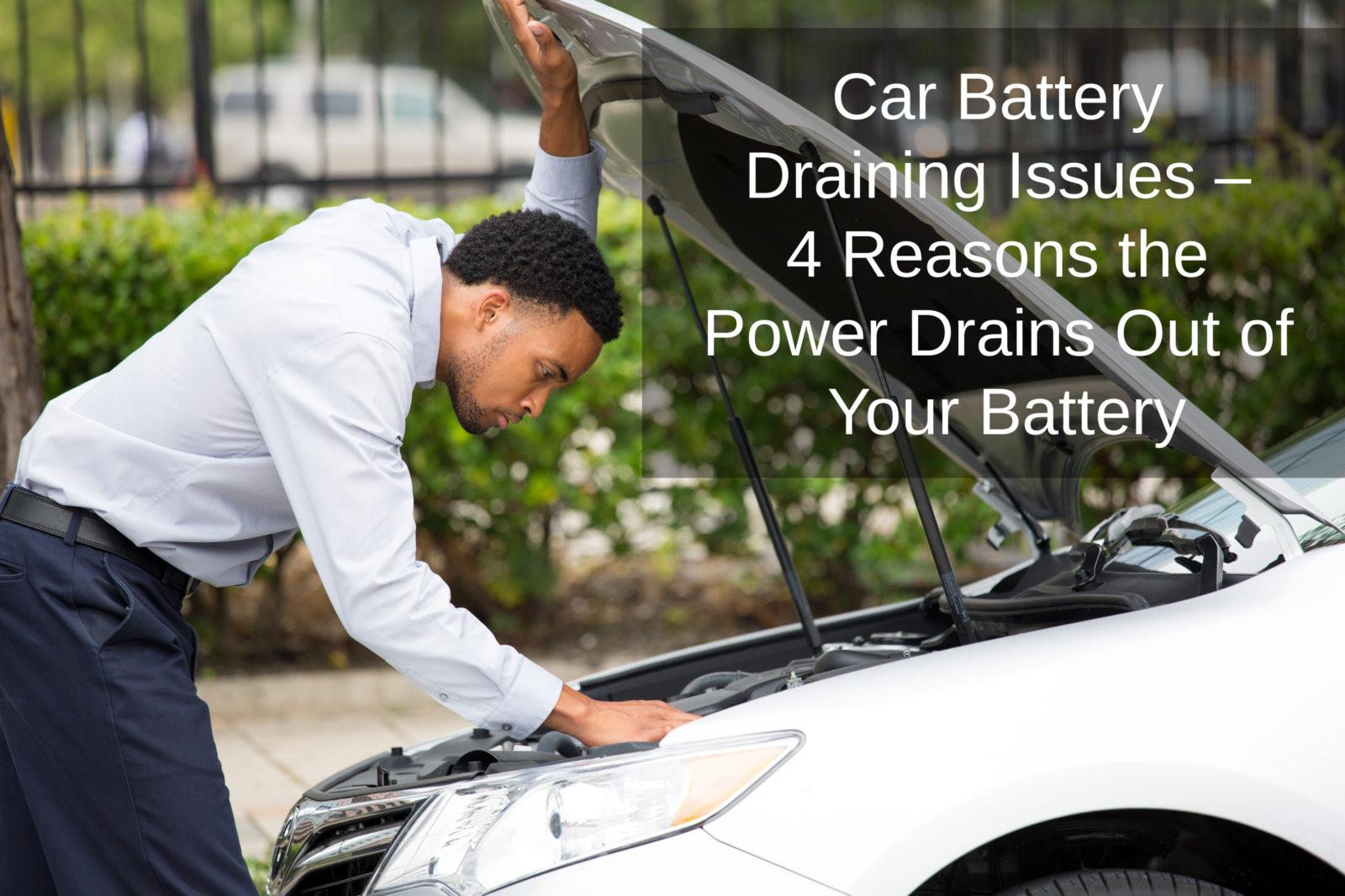 Car Battery Keeps Dying. What Is Causing This?

Common reasons your car battery keeps dying could be because of charging problems, loose or damaged/worn out battery connections, an electrical drain, or even extreme weather conditions. Here are some examples that could be the issue —

Ideally, once you turn off the car engine, it should also shut down your car’s electrical system. However, if the electrical components continue operating, even after the engine has been shut down, it is called a parasitic drain.

The battery of your car is charged by the alternator. However, if your car battery is worn out, it won’t charge fully or be able to hold power.

If your car alternator is causing the battery to lose power, the battery will die on you.

One of the most common reasons for batteries to die is when the lights are left on overnight. It is human nature to forget sometimes or if you are in a hurry, to leave the lights on. Some cars will allow you to do that – not everyone drives a new car.

Something to Take Seriously

Figuring out why a brand-new or relatively new battery won’t hold a charge or what is causing the battery to die is not easy. If, however, you find your car battery is repeatedly draining too quickly or at all, then it is best to have your car checked by a mechanic.

A careful and professional assessment will help in identifying if the fault lies with the electrical system or if the reason lies elsewhere.

Frustrated that your car battery keeps dying? Worried about being stranded with a dead battery? You don’t have to worry anymore. We can fix it! Just give Virginia Auto Service a call today at 602-266-0200 or schedule a visit with us online at your convenience.