Did you know that road injuries are the leading cause of unintentional deaths to children in the United States? On average, two children under 13 were killed and 308 were injured every day in 2014 while riding in cars, SUVs, pickups, and vans. A big reason for this is that many children are riding in car seats that have been installed incorrectly, or are in the wrong seats for their age and size. In fact, according to the National Highway Traffic Safety Administration (NHTSA), 59 percent of car seats are misused. By creating the Child Passenger Safety Week campaign, the NHTSA hopes to help bring these numbers down by educating parents and caregivers on the importance of keeping their children safe every trip, every time. 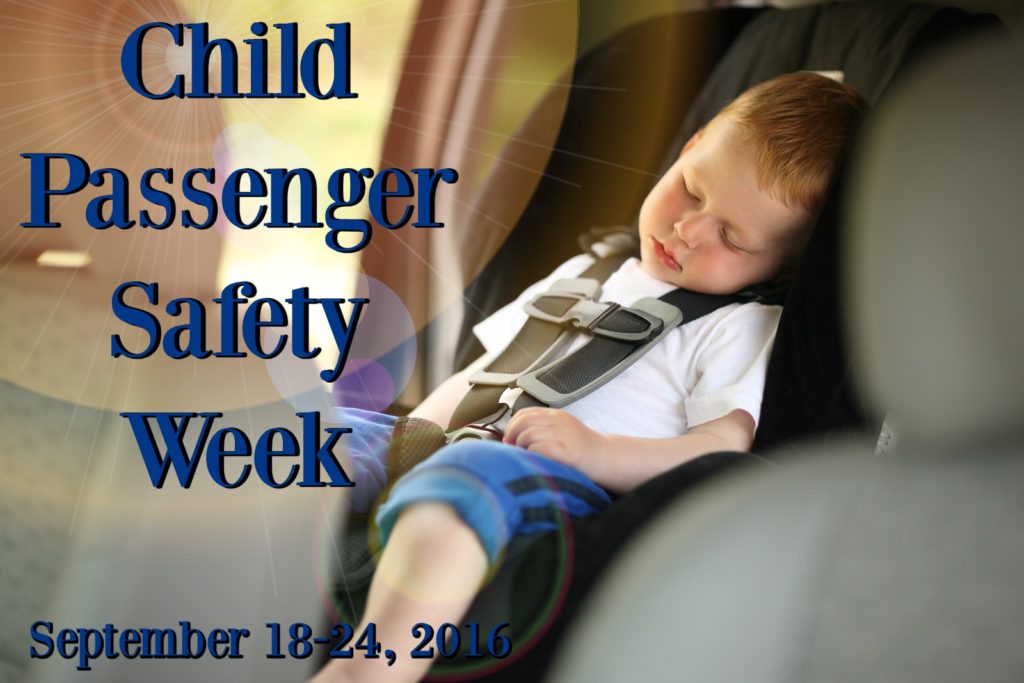 Using car seats that are age- and size-appropriate is the best way to keep your child safe. The NHTSA states that in 2014, there were 252 children under 5 saved because they were riding in the correct car seats. Car seats matter, and having the right car seat installed and used the right way is critical. It is important to remember that child passenger safety goes beyond the car seat and booster seat years. Too often, parents move their children to the front seat before they should, which increases the risk of injury and death. The safest place for all kids under 13 is in the back seats of cars.

The NHTSA recommends keeping children rear-facing as long as possible up to the top height or weight allowed by their particular seats. Once a child outgrows the rear-facing-only “infant” car seat, he/she should travel in a rear-facing “convertible” or all-in-one car seat. Once your child outgrows the rear-facing size limits, the child is ready to travel in a forward-facing car seat with a harness and tether. After outgrowing the forward-facing car seats with harness, children should be placed in booster seats until they’re the right size to use seat belts safely.

Parents and caregivers should always remember to register their car seat and booster seat with the car seat manufacturer so they can be notified in the event of a recall. More information can be found on car seat safety at www.safercar.gov/parents. You can also locate certified Car Seat Safety Technicians near you on this site.

No matter how short or long the trip, to help reduce injuries and the tragic loss of life, buckle up both yourself and your children—every trip, every time.

Where You Can Go to Get Your Car Seat Checked

If you need assistance to learn how to properly install your car seat, you can call to make an appointment with an agency nearest you. Each of the agencies listed below has one or more Certified Child Passenger Safety Technicians. Click here for more location options.