What are people saying about Virginia Auto Service?

Every person I talked to there was helpful and friendly.They answered all my questions thoroughly. They were clear about what was wrong with my vehicle and the cost to fix it. They completed the work in a timely manner. I will definitely go back again when I need service.-Claudia Ness, Phoenix, AZ (Verified Customer Review via Google)

What is a Catalytic Converter?

We imagine that not too many drivers in Arizona spend a lot of time thinking about their automobile’s catalytic converters. As mechanics, we thought you might like to hear a bit of the how’s and whys behind the catalytic converter. 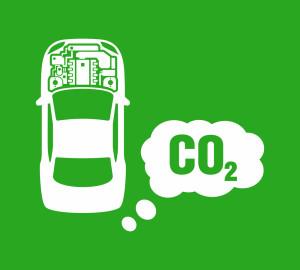 Prior to the 1970’s, cars spewed unhealthy emissions into the air and that created smog. Now in the 21st century, the number of cars on the road has increased exponentially and each of those cars is a source of air pollution.

Carbon dioxide, nitrogen gas and water vapor are the main emissions that cars put forth every time you start them up. These emissions are not as harmful to the environment as some of the others that vehicles emit.

A contributing factor to global warming, many believe, is carbon dioxide emissions. The combustion process that takes place in your car’s engine is what makes the emissions. The catalytic converter addresses and helps reduce pollutants including:

• Nitrogen oxide gases which are thought to contribute to acid rain and smog. The nitrogen oxide gas also irritates mucus membranes.
• Colorless, odorless and poisonous carbon monoxide.
• Unburned fuel and a component of smog, hydrocarbons and volatile organic compounds are emitted as well.

A catalytic converter is an extraordinarily simple device that performs an extremely complex task. The converter is home to two catalysts, an oxidation catalyst and a reduction catalyst. The chemical reactions created in the converter help to cut pollutants by up to 40%. The devices in vehicles manufactured today reduce up to three types of emissions.

Because catalytic converters can only perform their job at high temperatures, they are ineffective in reducing pollution when you start the vehicle cold. Solutions have been talked about by car manufacturers to move the converter closer to the engine so the hotter exhaust gases could amp up the heating of the converter. Conversely, exposing the catalytic converter to extremely high temperatures could reduce the lifespan of the device.

Catalytic converters are made of precious metals, including palladium and platinum and have become the target of many thefts in recent years in Phoenix.

The converters are typically attached to the under carriage of the vehicle by only a couple of bolts and that makes them easy targets for thieves. SUV’s and trucks are the typical targets for catalytic converter theft because they sit so high off the ground.

Until the time that car manufacturers find a more secure place to install the converters, here are some tips to keep your converter safe from potential theft:

Contact us at 602-266-0200 to get an estimate on catalytic converter repair or schedule online.