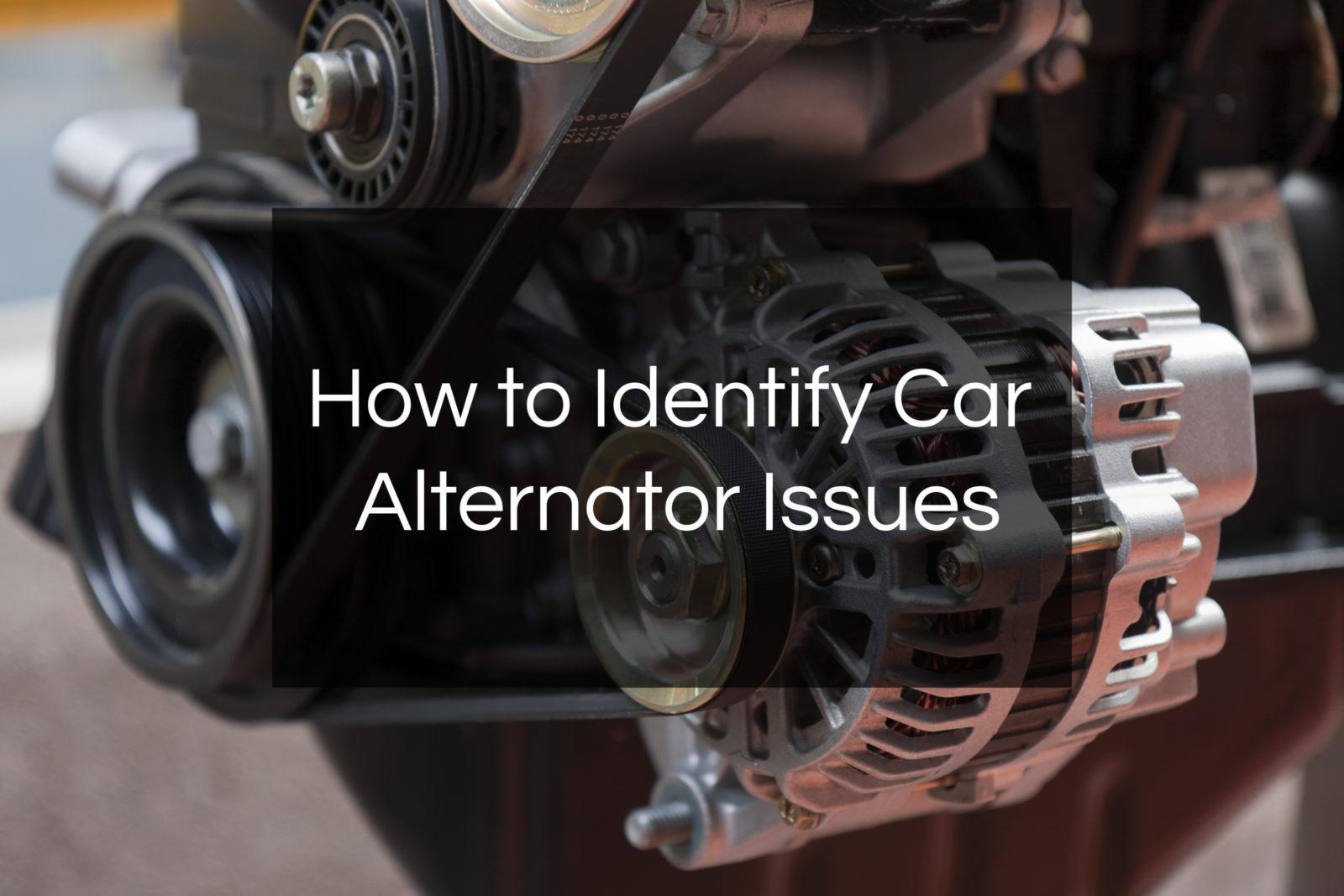 The car battery is responsible for generating the initial electrical charge to power up the ignition. However, to keep the car running, a lot of power is required.

The battery cannot sustain the required supply of power over extended periods of time. This is where the alternator plays a pivotal role. The job of the alternator is to charge the battery and power the electrical system of the car.

This energy is essential to running the car’s electrical system. Any time the alternator fails or malfunctions, it can lead to a break down or high cost repairs. You can avoid alternator trouble by watching out for certain signs.

All mechanical parts and components experience wear and tear in the normal course of their functioning. The alternator is susceptible to damage as well. The following signs are a good indicator that you could be facing potential alternator failure.

The alternator is vital to the electrical system in your car for the simple reason that it delivers power to run the starter, ignition, and various other electronic accessories. If the alternator starts to die, here’s what could happen:

You might notice the warning light on your dashboard go off alerting you of possible alternator failure.

Your car battery comes with a shelf-life of 3-5 years. The alternator will of course charge the car battery as long as the car covers a sufficient amount of distance, enough to complete the battery charge.

If, however, the battery is weak, old, or impacted by other issues such as climate, the ability of the battery to get charged can be affected. To distinguish if the issue is with the alternator or the battery do this;

If the alternator belt is unable to run or if the running is not smooth, it could lead to friction which in turn could heat up the belt. If this happens, you will notice a burning rubber smell. Keep the following in mind:

Multiple parts work in conjunction inside the alternator in order to generate electrical energy. An issue such as regular wear and tear with any of these mechanical parts could generate a grinding or whining noise.

The alternator is crucial to your car’s electrical system. If you notice any of the above-mentioned issues, it is best to have your car checked by a professional car repair service as soon as possible.

Faulty or failing alternators might cause harmless slow starting issues at first. If, however, the issue is not fixed, it could leave you with a dead car.

Alternator issues can land you in serious trouble. If you have noticed any of the above indications or signs with your car, give Virginia Auto Service a call today at 602-266-0200 or schedule a visit with us online at your convenience.