It’s summer in Phoenix, and it is HOT. It is fortunate for us, however, that not all of Arizona reaches such extreme summer temperatures. 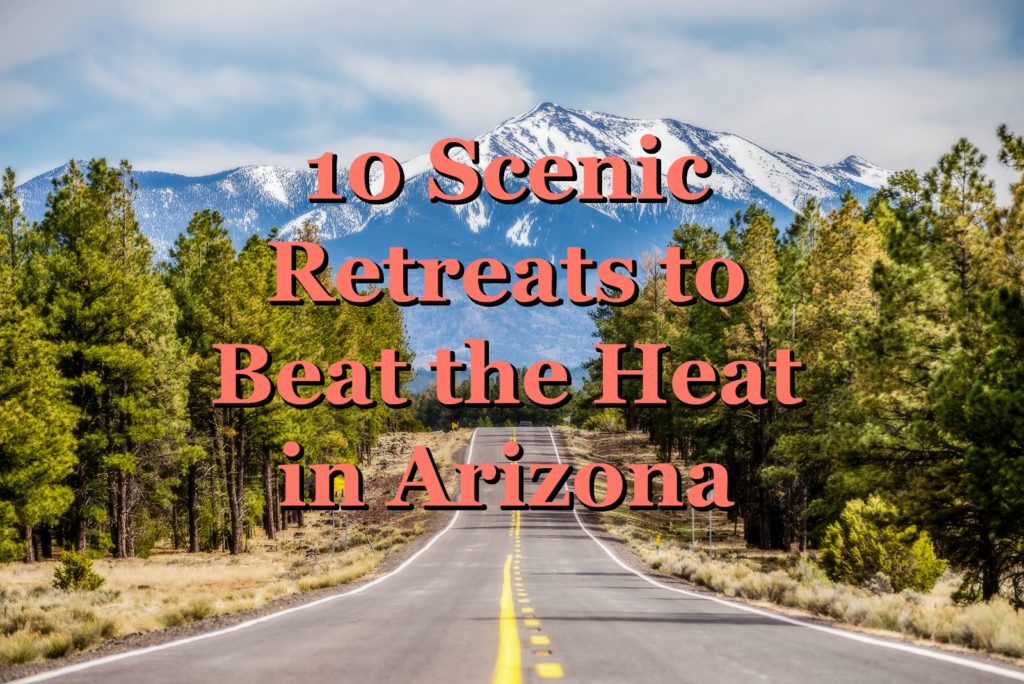 Here are 10 scenic retreats to beat the heat in Arizona:

Things to do in Flagstaff:

Popular outdoor attractions include the Lava Tube Cave, Meteor Crater National Monument, Walnut Canyon, and Mt. Humphreys (Arizona highest point at 12,637ft). Flagstaff is home to the Lowell Observatory, known for the discovery of Pluto. You can stay in a hotel on Historic Route 66. Attractions in town include the Museum of Arizona, the Pioneer Museum, Riordan Mansion, as well as several cultural events, festivals and art exhibitions. 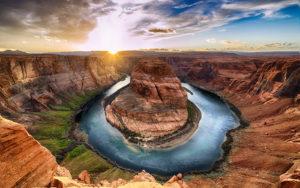 The average high this time of year at the Grand Canyon is 86 degrees, making it 20 degrees cooler than Phoenix on average.

Things to do at the Grand Canyon:

Greer is one of the coolest places in Arizona this time of year with an average high summer temperature of 76 degrees. It is about 30 degrees cooler than Phoenix.

Things to do in Greer:

If you enjoy outdoor recreation, Greer is the place for you. Enjoy the Apache-Sitgreaves National Forest, the largest stand of ponderosa pine in the world. Bird watchers, campers, fishermen, hikers, horseback riders, hunters, and stargazers will enjoy the variety of lakes, streams, trails and wildlife that Greer offers.

Things to do in Holbrook:

Holbrook is a great home base for a tour of Apache, Hopi and Navajo country. It is 28 miles from the Petrified Forest National Park. You can go on the Historic Holbrook Walking Tour as well. Also nearby is the Painted Desert. 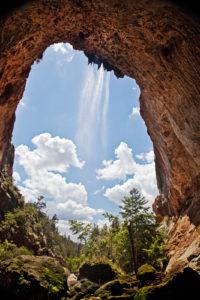 Things to do in Payson:

Enjoy camping, fishing, hiking and biking trails, hunting and local attractions like the Tonto Natural Bridge. Visit the Zane Grey Museum, the Tonto Creek Fish Hatchery, or the Shoofly Indian Ruins. Take a stroll down Payson’s Historic Main Street or through the Payson Pioneer Cemetery. And much, much, more.

The average high temp in Prescott this time of year is 89 degrees. It is 17 degrees cooler than the average Phoenix high.

Things to do in Prescott:

A popular place to hike, the Prescott Mile-High Trail System contains approximately 68 miles of trails. Prescott is great for birding with 360 confirmed species of birds. The Heritage Park Zoological Sanctuary and the Highlands Center for Natural History are popular local attractions. Take a stroll down the historic Whisky Row which is home to The Palace. The Palace is the oldest frontier saloon in Arizona. If you like small town charm, Prescott won’t disappoint. 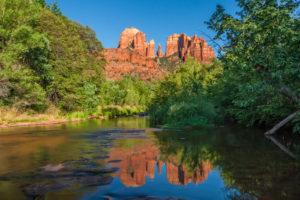 Sedona’s high is only about 10 degrees cooler than Phoenix, but it is still a very popular destination thanks to its beauty.

Things to do in Sedona:

Go on a Pink Jeep Tour among the beautiful red rocks. Visit the famous Chapel of the Holy Cross which was designed by sculptor, Marguerite Brunswig Staude and completed in 1957. The chapel perches 200 feet above the valley floor, thrusting upward between two burly pillars of rock. The Crescent Moon Picnic Area, known locally as Red Rock Crossing is home to one of the most photographed places in Sedona. It is the breathtaking image of Oak Creek flowing in front of Cathedral Rock. Slide Rock State Park is one of the most beloved swimming holes in the Arizona. Explore the Sedona Arts Center, go fishing in Oak Creek Canyon, receive a spiritual reading,  visit nearby Montezuma Castle National Monument, and so much more.

The average high this time of year is 86 degrees in Show Low, making it 20 degrees cooler than Phoenix’s average high.

Things to do in Show Low:

The average high temperature in Williams this time of year is 83 degrees. It is about 23 degrees cooler than the average summer high in Phoenix.

Things to do in Williams:

Williams is known as “The Gateway to the Grand Canyon.” The Grand Canyon Railway departs daily from Williams, and the Bearizona Drive Thru Wildlife Park is an experience you will not soon forget. Another neat attraction is the Grand Canyon Deer Farm. The Wild West Junction off of Historic Route 66 is also a treat. The Flintstones –Bedrock City will bring out the kid in you. There are many fun attractions and things to do in Williams. 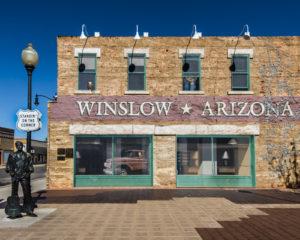 “Standin’ On The Corner Park”

Things to do in Winslow:

Winslow was made famous in the Eagles song “Take It Easy.” You know you’ve heard it, “standin’ on a corner in Winslow Arizona, such a fine site to see, it’s a girl my lord in a flatbed Ford, slowin’ down to take a look at me.” Many visitors go to the “Standin’ on the Corner” Park to stand and take advantage of the photo opportunity, on the most famous corner of Historic Route 66. Enjoy outdoor activities such as swimming, fishing, hiking and picnicking at Clear Creek Reservoir. You can say in the historic La Posada Hotel, and visit the Old Trails Museum or Lorenzo Hubbell Trading Post.